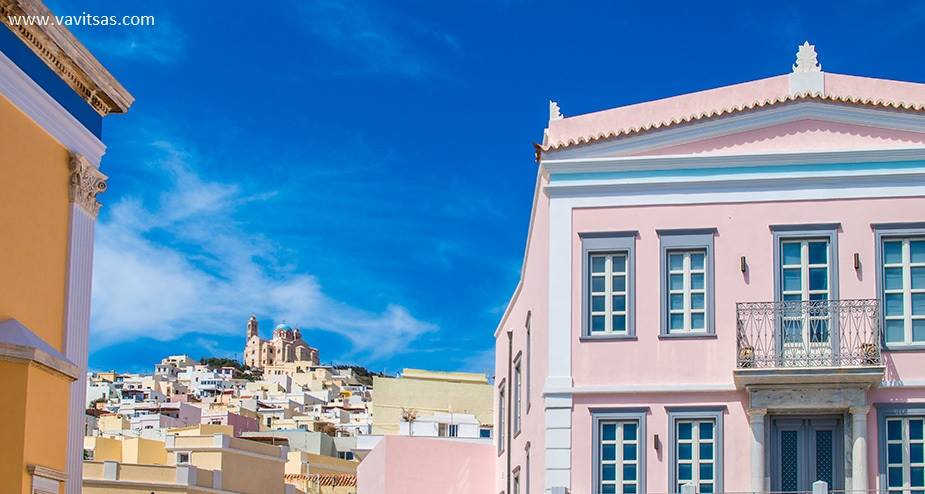 It is not a surprise that the Queen of the Cyclades stands out for its impressive architectural culture that has predetermined the unparalleled blossoming of the Cycladic civilization.

The first signs of architectural growth appeared during the period 1821-1835 by refugees.  They settled on the island and brought along basic architectural elements influenced by the Western and Eastern civilizations. as well as from classicism. (source: architecture in Syros, syrosisland.com)

Along with classicism the Venetians and Genoese bring to the island one more characteristic of urban construction inspired by the Italian Renaissance. Buildings become multistoried with tiled roofs and large symmetrical openings.

Gradually Ermoupolis entirely adopts the European classicism while refugee influences are being preserved only in popular neighborhoods.

In 1837 Wilhelm von Weiler implements the first street plan and establishes the monumental neoclassical architecture of Syros which becomes a symbol of status for the island.

During the period between 1840-1860, great architects from Greece, Italy and Germany adopt along with the stream of classicism, romanticism and devise a new architectural structure known as the Neoclassical Architecture of Syros. The new architectural structure which follows the street plan is characterized by the two-storey or three-storeyed solid dwellings as well as dwellings housing stores or warehouses on their ground floors covering in such way the whole surface of the plot.

The buildings are made of stone with wooden floors and are supported by arches. Two wall-building types are followed, stone pitching with filled joints and ashlaring either separately, or in combination while the marble begins to appear as a façade covering material for the walls, as a partition material for the floors, as parapet or for the crowning of buildings. The types of buildings differ depending on the plot, the altitudinal dimensions and the financial situation of owners that defines the outdoor decoration with impressive or not additions and interventions.

By the mid-19th century the neoclassical architecture of Athens makes its appearance. The Athenian architecture, is characterized by plastered surfaces, impressive marble facades, clay columns and statues, wooden French doors as well as the use of iron which is greatly adopted around the 1880s.

For many years the construction activity remains limited and by 1976 all buildings are being built according to the street plan. 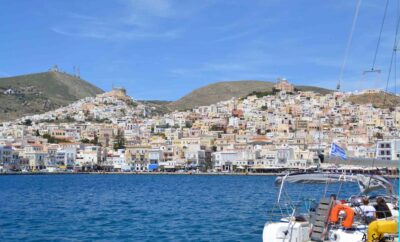