Vari is one of the largest villages and the oldest of Syros. It is located at the southeastern tip of the island and is 9 km from the capital Ermoupolis.

Roman tombs and ruins of a prehistoric settlement (4,000-3,000 BC) were discovered in the village. Also, in the bay of Vari, a characteristic tower has been built that belongs to the Goulandris family and creates a medieval atmosphere.

Rural life is highly developed, which is distinguished by the plain with reeds, manganese wells, farmhouses, cisterns and modern crops.

The area has also developed as a tourist destination, as there are cafes, taverns and hotels both in Vari and on the small beaches around it (Fabrica, Acladi, Santorinioi). During the summer, various cultural, artistic and sports events are organized in the village. 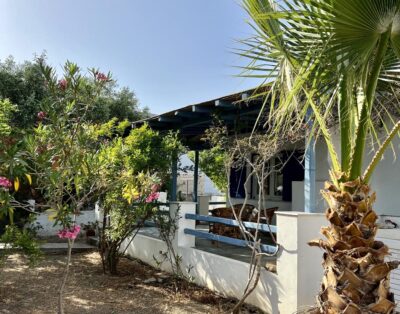